When Miss Iraq, Sarah Eedan, posted a selfie with fellow contestant Miss Israel, Adar Gandelsman, they may not have realised how mixed reaction would be on social media. Publié par la BBC

There are many other photos with other contestants featured on Ms Gandelsman’s Facebook page, but this one has touched hearts and nerves equally.

Ms Eedan, also spelled Idan, who grew up in Iraq and moved to the United States to study music, wrote on Facebook how honoured she was to be the first Iraqi woman in 45 years to be representing her country in the competition.

Given there are no diplomatic relations between Israel and Iraq, it was pointed out by some, including YouTuber Sabrina Bennoui, posting a photo of the two of them together was « not to everyone’s taste. »

Some in the Arab world who accuse Israel of abuses reacted angrily.

But Iraqi activist @Alaa tweeted: « A photo of an Arab or Muslim with an Israeli does not reflect agreement with the policy of [Israel’s foreign ministry] of hostility towards humanity and peace issues. » 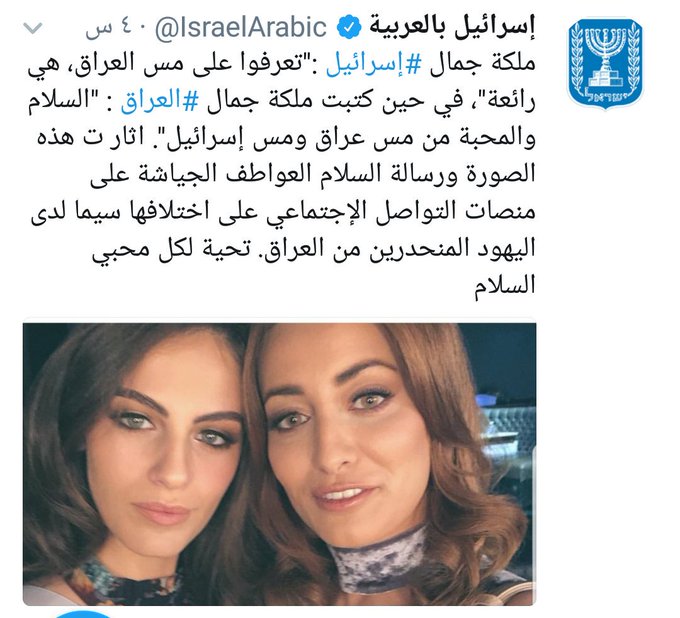 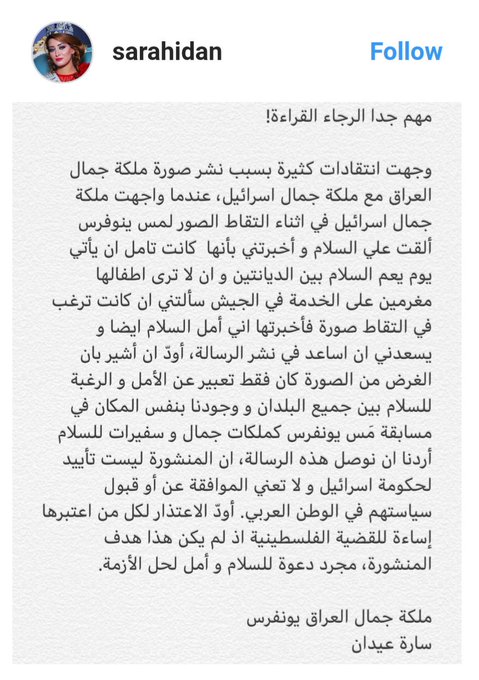 In response to the criticism, Ms Eedan issued a statement on Instagram, saying Miss Israel had approached her at a photo shoot and expressed her hope for peace between their two peoples.

« She asked if I would like to take a picture together. I told her I would be glad to help spread the message. The aim of the photo was an expression of hope for world peace. »

She went on to say the photo did not show support for Israel.

« I would like to apologise to anyone who considered the photo to be offensive to the Palestinian cause as this was not the aim behind the post, it was merely a call to peace and hope for a solution to the crisis. »

However, in Israel, the Prime Minster’s spokesperson, Ofir Gendelman praised the photo, calling it a « great message of hope for the region ». 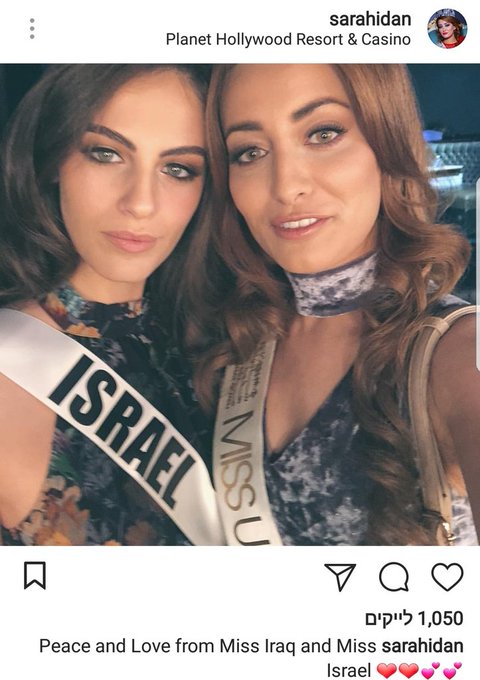 Miss Iraq Sarah Idan and Miss Israel Adar Gandelsman (no relation…) met at the Miss Universe beauty pageant and became friends. Miss Iraq posted this photo on her Instagram. What a great message of hope for the region. Good luck to both Sarah and Hadar.

More pride came from Armond on Twitter, who said, « Peace begins with people ». 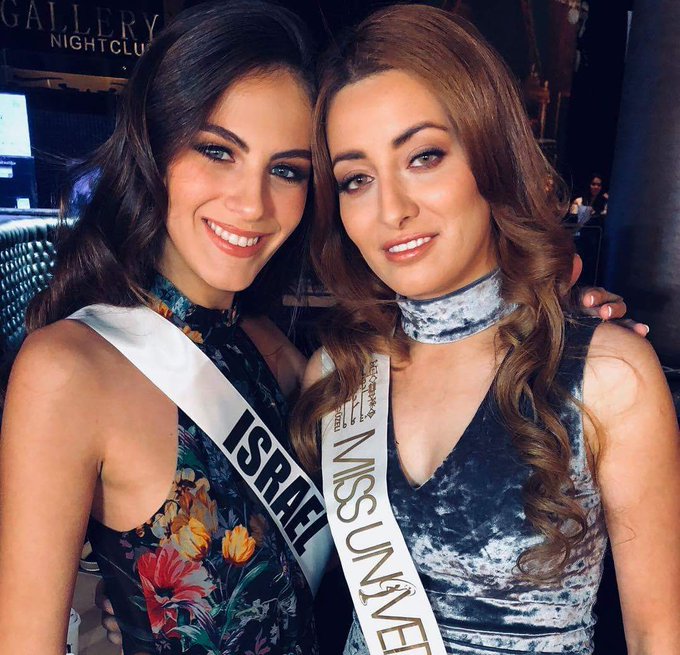 Peace begins with people!Adar Gandelsman,Miss Universe Israel 2017 and Sarah Abdali Idan, Miss Universe Iraq 2017
The same scenario from what happened in 2015( between israel and lebanon) will happen again
Anyways, i’m proud of you girls for having the courage to take this pic

The Times of Israel described the post as « an unusual display of coexistence emanating from a divided Middle East, » and Srugim News asked if Miss Iraq’s crown would be taken away.